When crowdfunding becomes a form of reception

This article was first published in french htr – hotelrevue magazine – in its May 28th 2020 issue, volume 11. It has been translated for this website.

Crowdfunding, or collective funding, is becoming a solution in times of crisis for the hotel industry. Representing more than just financial aid, it can also help build an experience, explain Jonathan Humphries and Key Kawamura, international specialists. A path in which 3-star hotels from French-speaking Switzerland embark. The Hotel de l’Aigle in Couvet (Neuchâtel) is responding to the crisis by using the Raiffeisen’s crowdfunding platform, “Local Heroes”. The Beau-Séjour de Champéry (Valais) will launch part of the financing of its spa on the Wemakeit platform in early June.

In response to the crisis in Couvet or to make a spa in Champéry a reality, the crowdfunding concept is attracting hotels. Experts decipher its use.

The garden of the Hôtel de l’Aigle, in Couvet (Neuchâtel), with a sculpture by Claudine Grisel, and the terrace of the Beau-séjour de Champéry (Valais)

Crowdfunding is also becoming a solution in times of crisis for the hotel industry. It is engulfed in an operation already widely practiced in the field of technological products. More than just financial aid, it can also help build an experience.”We feel a new impetus in the world of tourism from Arosa to the Bernese Oberland, which pushes us to reinvent ourselves on our scale,” explains Laure Von Wyss, co-manager of the Hotel de l’Aigle in Couvet. 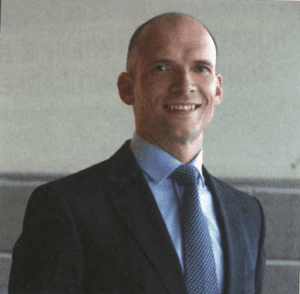 For Jonathan Humphries, head of specializations in international hotel development and asset management at the Glion Institute of Higher Education, crowdfunding remains an interesting operation for independent hotels not linked to a brand. That is 70% of hotels in Europe, while in the United States, only 30% of establishments are not affiliated with a group. Most of Geneva’s luxury hotels linked to international brands can rely on their owner’s funds, real estate funds, institutional loans or bank financing. “But small independents can find a new identity that is less focused on the international scene through crowdfunding. Crowdfunding allows them to mobilize the attention of a local or national community that will benefit from their new spaces, “says Jonathan Humphries.For Key Kawamura, co-founder of Studio Banana, one of the first companies to have activated the mechanisms of crowdfunding in Switzerland eight years ago, the hospitality industry can understand the importance of these new sources of funding: “Hoteliers not only sell a bed, but they create value through their location, their atmosphere, the mindset of their staff. Even the Airbnb platform realizes that it can no longer only offer an exchange of apartments, that this added value finds its limits. “To redo its terrace and lounge, the Hotel de l’Aigle in Couvet has decided to cover the Raiffeisen’s crowdfunding platform, “Local Heroes”, created to support SMEs during the coronavirus crisis. An operation mounted very quickly without administrative costs. “We are pursuing a modest financial goal of 1,500 francs. We mainly wanted to communicate, to make our guests want to follow us, ”explains Laura von Wyss. In a few days, the 1,500 francs are reached and 500 francs still collected by direct donations. This comes mainly from a close circle which wanted to support the project “friends, family, people of the village”. For three quarters of them, they sign up for no consideration, only a quarter will benefit from the daily menu package.Key Kawamura welcomes the Raiffeisen initiative: “I find it fascinating that cooperative banks are taking up a global model launched by major international platforms like Indiego-go or Kickstarter to inject authenticity and the circular economy into it. “Conversely, he regrets that some big brands are preparing their market and creating buzz by launching products behind white brands:” A perversion of the system”. Philippe Zurkirchen co-owner and co-director of the Beau-Sejour Hotel in Champéry (3 stars) has been thinking about creating his spa for eight years. “We are working on it and dreaming about it, it is an important differentiator for our establishment, even on a reduced surface of 120m2“. He took stock of the various grants from the canton, the New Regional Policy and hotel credit. Then thought for two years to set up a crowdfunding campaign, which he will launch on June 6, unrelated to the current crisis: “We have always felt close to our customers, it was an idea to involve them in our project . “But the hotelier wants to know more, he learns that the Ritzy bears provide training. It brings together seven tourism players from its resort and organizes trainings given by consultant Anne-Sophie Fioretto. Before starting the operation, he understands the need to establish budgets for the counterparts granted to donors. “For example, we are going to offer a cookbook for Madamme Sophie. It is imperative to account for their production cost. If you offer ten nights, you have to count all the costs, even laundry. Le Beau-Séjour launches a crowdfunding operation on the Wemakeit platform where it hopes to collect 100,000 francs, or 10% of the budget of around 1 million invested in the creation of this spa. The hotelier finalized his operation in particular with the paid coaching program of the Wemakit platform. This allows him to analyze and correct his videos and the constitution of his network of project ambassadors. The platform takes 6% on the service and 4% on the payment, which accounts for 10% of costs.If the hospitality industry incorporates financial innovation, its experience can also be used in other sectors, such as the design of the work environment in which Key Kawamura concentrates its activities. “We have noticed in recent days that we can work everywhere, but that a client or an employee can feel like a king, if we know how to welcome him. Better collaborations between the world of hospitality and the traditional industry can enrich all partners. ”

We all believe we know about crowdfunding, in other words crowdfunding or collective funding. But Key Kawamura, designer of ideas, puts it another way: “You can see it as the thermometer or the barometer of an idea. It allows to refine it, without establishing its final mechanism. “Key Kawamura evokes connected brains, a collective intelligence that validates the quality of ideas. “I try to sell you hot air at 1000 francs without knowing if the market will react … You will question my idea, improve it through our experiences. This can force the market to innovate beyond its habits. ” Professor Jonathan Humphries says: “A tribe of like-minded people around public spaces, a spa or a restaurant. A win-win pact that allows you to recognize yourself around values and rebuild the future. “According to him, crowdfunding makes it possible to build a community of members accessible to all with different statuses and means, which can break the situation of isolation. “Everyone should be able to recognize themselves without being hierarchized in a category of gold, silver and bronze. It offers recognition, ”said Jonathan Humphries.Hoteliers can bring their knowledge of hospitality to this area: “They know how to create very beautiful events or the notion of private clubs around shared experiences”. For Key Kawamura, crowdfunding allows a direct link with an emotional community of supporters around a measured risk.

HoCoSo are advisors with a difference.

We create tailor-made and innovative solutions for clients’ hospitality-led projects by bringing together the optimum team of sector specialists.

Jonathan Humphries, Chairman and Owner of HoCoSo, and his direct team specialize in the extended-stay, co-living, and hotel-alternatives hospitality market; luxury, lifestyle and boutique hotels; and resort developments in Europe, the Middle East and Africa (EMEA). Our strengths lie in the following core services: