Tomorrow’s guest: Chinese tourists will be a game changer for a destination near you

If they aren’t already the no.1 market for foreign travellers in your country, Chinese tourists soon will be. Generating 162 million outbound trips in 2018, China is not only the largest source market in the world, it is also the fastest growing. Hoteliers, owners, asset managers are you “China ready”? Do you have a strategy for what could be your most significant source market, in terms of guest volume and value? In this article, Katharine Le Quesne covers current trends, forecasts and thinking around the future of Chinese outbound travel.

Reprinted from the Hotel Business Review with permission from www.HotelExecutive.com,  first published on  April 28th 2019.

China is the largest outbound tourism market in the world; in 2018, they took 162 million overseas trips – 13% more than in 2017, when the number of trips was over 50 million higher than the second largest market, Germany.   Moreover, Chinese outbound volume has grown c. 17% per annum over the past two decades – the fastest rate of any country. (Outbound trips 12.8m in 2000, according to COTRI).

It has been extraordinary to document. Over the past four decades, GDP per capita has increased 21 times (World Bank GDP per capita 1980-2017, based on 2010 constant prices in US$). China has invested in technology, knowledge, commodities and infrastructure, transforming the country into a global economic powerhouse.

Over the same period, travel has been transformed in China. Prior to 1990, exit visas were only available to business travellers, government and students – not leisure tourists. Then, from the early 1990s, China began to reduce administrative barriers to travel, stimulating growth in tourism activity. Corporate business was still the primary segment, albeit most official groups included several days of leisure travel on their itinerary, according to Pansy Yi-Hardie, CEO of Chingland – a travel agency specialising in cross-border travel between China and the UK. The Chinese traveller has long been adept at “bleisure”, it seems.

This new era in travel was driven (and controlled) by the introduction of “Approved Destination Status” (ADS), which enabled Government approved tour operators in China and the destination country to handle Chinese tourists. Independent travel was not permitted. ADS was granted to the EU in 2004, the US in 2008 and today, over 160 countries benefit from it. It remains a pre-requisite to handling outbound Chinese tourist groups.

Passport ownership accelerated from 1 million in 1999 to 55 million by 2014; and current estimates suggest 120 million were in circulation in 2018. Whilst this penetration rate is low at under 10% of the population (versus 42% in the US), industry observers expect it to rise further. Indeed, Jane Sun, the CEO of travel services titan Ctrip, estimates numbers could double in the next two years. Extrapolating Sun’s prediction based on average trips per passport holder, outbound trips could tip 325 million in 2020.

Big numbers – but only possible with the airport infrastructure to support it, which the Chinese Central Government has duly delivered. Ninety new civil airports were built between 2000 and 2017; and in late 2018, it was reported that the Civil Aviation Administration of China (CAAC) is targeting 450 by 2036 – an increase of 216 airports. Whilst domestic demand will drive the majority of passenger movements, additional international routes – particularly direct flights – will underpin the transformation of existing and new destinations.

The actual rate of growth in volume and spending will, of course, depend on how quickly other structural features of the China market develop. In particular, seasonality is very pronounced, constrained by the timing of traditional domestic holidays and low annual holiday allowances. Historically, people typically take long breaks over Chinese New Year and Labour Day (also known as Golden Week), which are 3-day public holidays. This year, Ctrip estimated that 400 million people in China would travel over Chinese New Year, of which 7 million would go abroad.

This is a major consideration for marketing long-haul destinations since 5+ day breaks are favoured during these two longer holidays, whilst short-haul destinations in Asia-Pacific occur year-round, piggy-backing on a one-day public holiday. This seasonality may reduce somewhat over time, as working practices become increasingly flexible. China, too, has seen a rise in the gig economy, home-working, co-working, self-employment and has an ongoing penchant for bleisure.

So, who is a typical outbound Chinese tourist today? According to a recent survey by the World Tourism Cities Federation (WTCF), an estimated 80% are 20-40 years old. The 30-40 year olds typically travel in family groups and therefore tend towards group travel offerings. The motivations for the under 30s were: freedom, experiences (particularly cultural), travel with friends and personalised self-guided trips, enabled by online apps and content. Whilst generic trends are an indicator, robust consumer research is fundamental for formulating an effective outbound China market strategy. The consumer market is increasingly highly segmented, sophisticated, well informed and demanding.

I was in Abu Dhabi during Chinese New Year (speaking about Chinese outbound travel at a hotel & resort owners’ conference). Not only was the Emirate geared up to celebrate and promote Chinese New Year but Chinese tourists were conspicuous in their number; indeed, according to the Chinese National Tourism Authority, 1 million visitors came to the UAE in 2017 and a further 3.5 million in transit; and numbers are growing. What is driving this?

I spoke to a small group of Chinese women (aged 20-30), who were meeting their tour guide at the airport. Immaculately dressed and equipped with designer luggage, they were in Abu Dhabi & Dubai for 6 days to shop, sight-see, visit the Louvre Abu Dhabi (opened 2018) … and go skydiving. They had already been to Spain (“we REALLY liked Spain”), the US, France and a tour of Europe. Why the UAE? “We want to experience different things and cultures.” They could not remember where they were staying; accommodation was not so important.

Identifying the appropriate marketing and distribution channels for Chinese tourists is complex. There are successful home-grown engines – the largest being Alibaba, Ctrip and Tencent-owned WeChat – which are well-established, highly capitalised players with Chinese language platforms integrating social media, e-commerce and distribution. 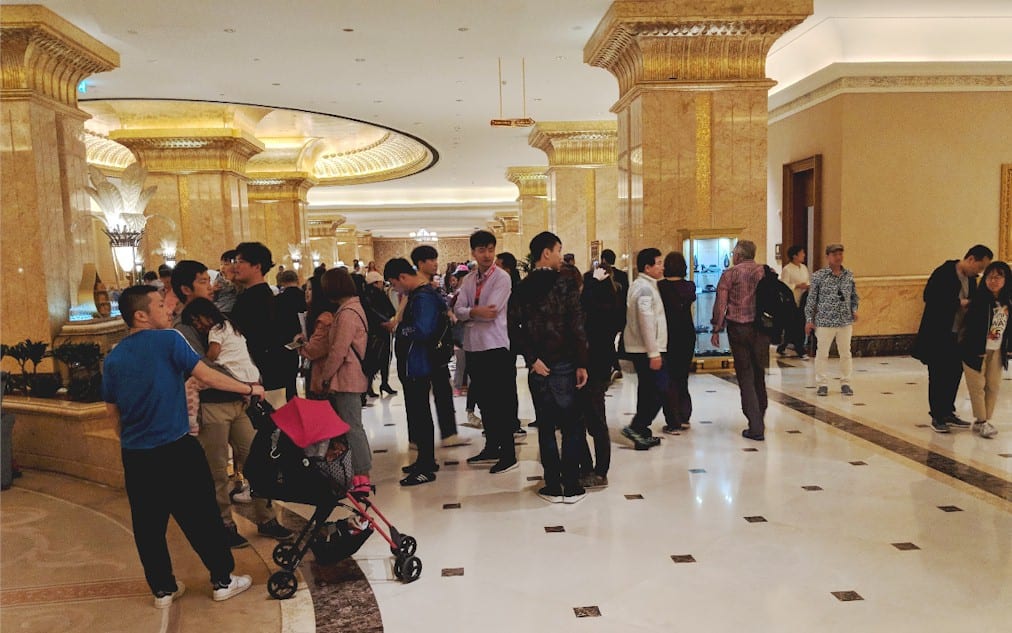 Digital travel platform Booking.com is very focused on where they want to play. “Recognising the distinct consumer behaviour of Chinese travellers, who are amongst the most advanced in the world in terms of mobile e-commerce adoption, we have a dedicated team, based in Shanghai and a special business focus for China,” says Carmen Hui, Commercial Director, Owner Partnerships at Booking.com. “We’re working to develop a localised product with content and services that cater to Chinese travellers’ key needs.” These services include a China VIP customer service hotline with local language support and a bespoke China loyalty programme.

Indeed, local language content and e-commerce are two key pillars of any China strategy. Alibaba estimates that one third of all outbound trips use their online payments system Alipay. The prevalence of mobile payment in China far exceeds anywhere else in the world; they carry less and less cash at home, so why carry it on holiday? With growing evidence that Chinese tourists engage in high levels of discretionary spending on holiday, invest in working out how to enable them to spend overseas.

In Abu Dhabi, I took a quick look at how luxury retailers were approaching the market opportunity at The Galleria shopping mall on Al Maryah Island. Located between the Four Seasons and Rosewood hotels, the two-storey, 33,000 sq.m. mall contains 130 retail and dining options, predominantly luxury brands. What struck me: dining outlets were promoting Chinese New Year banquets; domestic ecommerce channel UnionPay was advertised; Chinese sales personnel were evident in specialist shops, particularly in designer watch stores; “Happy Chinese New Year” (in English) was projected onto the mall exterior at night; but their web-site had English and Arabic pages only.

In hotels, too, there is still huge potential to develop a compelling proposition for the Chinese visitor. I observed a snapshot of activity at the six-star Emirates Palace hotel (which has web pages in Mandarin). In less than one hour, several buses arrived with large groups (30+) of Chinese tourists to take photos of the grounds and stunning interior. Some visitors were at the cafe, renowned for its Palace Cappuccino, served with a sprinkling of 24 carat gold flakes. It wasn’t obvious how many were ordering one and whether they were being encouraged to do so. 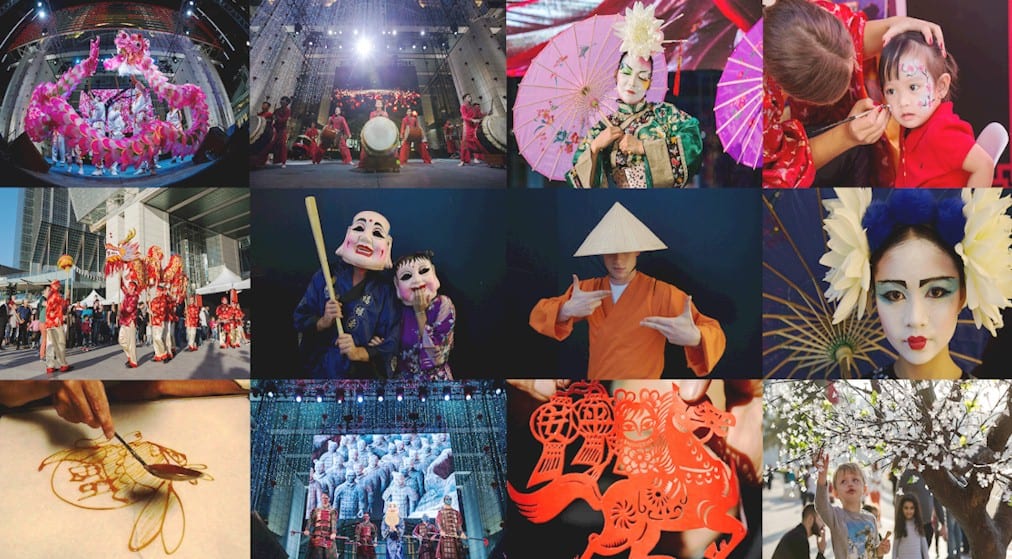 So, what does all this mean for the international hotel industry? If forecasts for outbound travel are realised, 350 million Chinese tourists may be traveling overseas annually by 2025. Many of them will have money to spend but will carry little cash. All of them will need somewhere to stay overnight – be it a hotel, a residence, a cruise ship or an airstream. Most of them will use a device of some sort to support and enhance their visit. Current trends indicate they have clear travel aspirations and they are also open to suggestions.

Successfully attracting and developing new markets does not happen overnight and requires significant investment by host countries. Some of the obvious enablers for the UAE, for example, include:

So be ready to invest in identifying your target customers; how to attract them; and how to deliver the voyage of discovery they are looking for.

Katharine Le Quesne started her career in China and continues to do business there. She has spent two decades as a professional advisor to the travel, hospitality and leisure industries. She works all over the world in emerging and mature markets, helping clients to assess opportunities for value creation. She loves what she does and has a particular specialism in: development strategy; destination resorts; luxury and lifestyle brands; and theme parks.

HoCoSo are advisors with a difference. We create tailor-made and innovative solutions for clients’ hospitality-led projects by bringing together the optimum team of sector specialists. Jonathan Humphries, Chairman and Owner of HoCoSo, and his direct team specialize in the extended-stay hospitality market, luxury and boutique hotels, and resort developments in Europe, the Middle East and Africa (EMEA). Our strengths lie in the following core services: