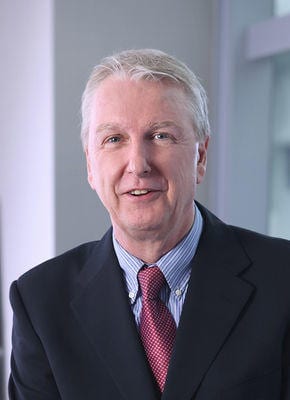 In the first of two pieces on serviced apartments, we examine the drivers of growth in the extended-stay sector. In the second article, to be published next month, we will examine innovations in serviced apartments in the face of increasing land prices.

Call them what you will – serviced or extended-stay apartments or aparthotels – major operators in this sector are looking to differentiate their properties from traditional hotels and Airbnb. That means trying to innovate with new products, while apartment and studio sizes continue to shrink due to rising land prices. And while operators are generally optimistic about the short-term, the longer term remains somewhat enigmatic.

At the recent Serviced Apartment Summit Europe (#SASEU), speakers taking part in a CEO panel discussion (‘CEO hard talk: Unlocking the future’) outlined plans to expand to cities in France, Germany, the UK, the US and elsewhere. But Brexit is looming large, even though panelists were encouraged not to mention the ‘B’ word.

Interestingly, perhaps, the ‘P’ word – professionalism – was uppermost in at least one CEO’s mind. Sean Walker, the chief executive of BridgeStreet, which is developing sub-brands while ‘not trying to overly expand the business,’ acknowledged the sector was “lagging in relative terms to the hotel groups.” However he added: “We can accelerate our changes because we can watch what mistakes have been made.” He highlighted product differentiation as a key development over the past year and that “now there’s very clear direction for different types of businesses that have picked their true north.”

Financial institutions had reacted well to the growing sense of professionalism in the sector as there was greater clarity – and once they “see clarity, there’s a degree of confidence,” he said. “Data clarifies. Good, bad and ugly. And that brings confidence to the sector.”

Karim Malik, Deputy CEO of Aparthotels Adagio, the extended-stay brand of Accor, likened the Paris market to a ‘washing machine’ over the past 12 months. Adagio has some 50 aparthotels in the French capital – about half of its total number of properties. “It’s been pretty hectic”. Adagio, he said, has focused mostly on product innovation and on communal area concepts over the past year.

Airbnb: a threat or a boon?

While Brexit represents a major challenge to the hospitality industry, due to uncertainty (“The world didn’t fall apart” after the referendum, said one panelist, but “there’s still a hell of a lot of rocky road ahead.”), the emergence of Airbnb may have brought some unexpected benefits even though it’s other forms of accommodation.

“What Airbnb has done for our industry … is educated the traveler that there is an alternative to the traditional hotel,” said George Westwell, Director of Cheval Residences. However, in terms of innovation and new ideas, the sector could do better. “We do things, but we do (them) slowly and I think we need to really innovate a lot more.”

Westwell added that Cheval will be investing heavily in technology over the next 12-18 months as it wants, like many hotel groups, to understand its guests better. “Technology is going to be a driver that’s going to help us get there,” he said.

Citing STR data, Guus Bakker, CEO EMEA of Frasers Hospitality, noted that, at four percent of the market, Airbnb remains relatively small in terms of market share and supply. But while there’s no reason to panic, there’s no room for complacency either.

“I’ve mixed feelings about the whole Airbnb, shared economy and booking.com (issue),” said Tom Walsh, CEO of StayCity. “Booking.com has always given us big brand distribution power from when we were tiny. We’re still relatively small, but the presence of individual apartments in big numbers on booking.com is a bit of a challenge.” As in the hotel industry, aparthotel groups such as StayCity want to start owning direct customer relations and take ownership of distribution. “Our focus is Germany, the UK and gateway cities. And I do see a huge opportunity there,” Walsh said. “There is under-penetration and there’s a ready amount of institutional backing which wasn’t there a few years ago.”

The serviced apartments and extended-stay sector is one of the fastest growing areas of hospitality accommodation in Europe. This is driven by many of the players coming from a real estate background, or owner-operator models, and understanding the importance of driving real estate asset values, through cost-conscious operations, revenue maximization and space utilization. This makes these players competitive on development projects which is assisting the rapid expansion.

Investment is becoming more institutionalized and the supply offering less fragmented, highlighted by the emergence of many new brands to provide clarity. There is still a significant demand-supply imbalance in Europe, which should drive continued development growth in this sector for the years to come and the continued importance of conferences such as SASEU to bring all the investors, developers, managers and brands together.

Swiss-based HoCoSo stands for Hospitality Consulting Solutions and brings together teams of global experts to create tailor-made solutions for client projects. Jonathan Humphries, Chairman and Owner of HoCoSo and his direct team share over 50 years of experience and specialize in the extended stay hospitality market, the boutique sector and resort developments in Europe, Middle East and Africa (EMEA). Innovative and future-oriented approaches are created for all of our clients within the following three fields of services:

Jonathan Humphries is the Chairman and Owner of HoCoSo. He brings together teams of global experts to suit a client’s needs.

Jonathan Humphries has almost twenty years’ experience in the hotel and real estate sectors.  For the last eleven years he covered EMEA region, supporting the expansion of Marriott International’s fifteen brands. He brought a tailor-made extended-stay Residence Inn by Marriott concept to Europe in 2008. He has been engaged on major acquisitions, renovations, extensions, re-brandings, contract extensions and terminations and created strategic road maps for both countries and cities across EMEA.

In the past two years, Jonathan was in charged with creating and delivering new industry focused courses in Hotel Asset Management and Hotel Planning and Development, as a Senior Lecturer, for École hôtelière de Lausanne (EHL). Over 1,000 students completed the first ever Hotel Asset Management course for Europe and courses in Hotel Development & Planning.